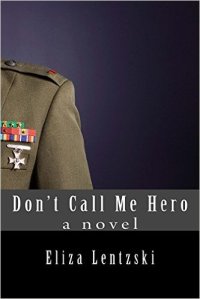 It’s been over a year since Cassidy Miller retired from the United States Marine Corps, but try telling that to her nightmares. she knew that coming back after eight years in a war zone wouldn’t be easy, but she’d underestimated the real difficulties of transitioning back to civilian life. War is hell, but the aftermath is endless.

Looking for a fresh start, she’s left her friends and career in Minneapolis to be a police officer in northern Minnesota. It’s in this tiny town of Embarrass where she learns more about Julia Desjardin. The city prosecutor is cool, professional, and untouchable. But she and Cassidy have history, and Cassidy isn’t going to let her easily forget that.

For all their surface differences, Cassidy and Julia have more in common than they first realized- both are reluctant to hand over their pasts to be judged and studied. But it might take someone just as damaged as the other to help each cope with the skeletons in their respective closets.

REVIEW
The beauty of books is the exposure that it gives readers to life experiences that may never be their own. This is the first novel that I’ve read where it features a character with a military background. I have friends that have served (some, still serving) in the military, and the extent of my knowledge is what they feel comfortable sharing with me. What Cassie goes through in adjusting to civilian life seems to mirror a lot of the stories that I’ve heard from soldiers returning from war. Though, I can’t speak for the authenticity of the details or the experience, I can say that this is an important story featuring two complex characters who are both deeply affected by the ravages of war, that find love and comfort with each other. Oh, love.

Cassie and Julia’s first encounter is far from ideal, but the chemistry between the two sizzles from start to finish. This isn’t your average, idealistic fairy-tale and there’s really not a lot of fluff. There’s a gritty intensity to the story, and I would say that it is less about romance than it is about passionate love. If a book could give you bruises by just reading it, Don’t Call Me Hero would be on that list. The main characters challenge each other, fight with each other, and tear through the others’ defenses (and clothes) like their house was on fire.

Also, you’ll want to get your Winter Jacket (har har) out for this one. Julia Desjardin is the epitome of ice queen, and her character remains chilly for a significant portion of the novel. The first time her character showed a bit of warmth… it’s like water to a nomad walking under the blazing sun in the desert for a million years. You might even think it’s a mirage of an oasis. She’s an interesting counterpoint to Cassie, who burns with her desire to do good for her community. They are both driven by justice and want to do right by their people. Their career paths intersect and they learn to work together as a team to bring out the best in each other.

Take heed, this is not a tale for the faint of heart! This is like a tattooed, chain-smoking Disney princess fighting for PETA and saving the world while having a lot of hot sex with her Prince(ss) Charming with a whip in her hand. The die-hard romance in me winced a little reading through this one, but really, I loved every word of it!

SOUNDTRACK
1. Lenachka – Breaking Down
2. Jeff Buckley – Lover You Should’ve Come Over
3. Evanescence – Hello
4. Bootstraps – Haywire
5. Lake Street Dive – Better Than
6. Brandon Flowers – Between Me And You
7. Louise Wendorff – Every Little Thing
8. Sam Smith – Make It To Me
9. Ben Rector – When I’m With You
10. Odessa – I Will Be There
11. Spencer Combs feat. Holley Maher – You Are Mine

CHEERS!
This book would be best read with a….