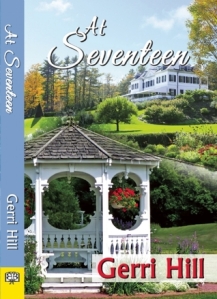 Madison Lansford and Shannon Fletcher met when they were ten years old. Madison-daughter of wealthy parents and Shannon, daughter of their live-in maid and cook-became fast friends, yet both knew their place in life. There was never a doubt that they would become lovers…there was also never a doubt that Madison would marry and maintain her social standing in the community. Little by little, they grew apart, their love affair ending with Madison’s marriage and pregnancy. Now, years later, Shannon returns to her old hometown to care for her ailing mother. Can they rebuild their friendship? Or will their new-found closeness bring back memories of their long-lost love? Travel through the years with Shannon and Madison and watch their love unfold as they move from teens to young women and into adulthood.

REVIEW
This is the third book I’ve read that’s written by the infamous Gerri Hill, and she certainly doesn’t disappoint. She has the lesbian romance-writing formula down, so I know that I’m always guaranteed a good time. (Snicker) At Seventeen is no exception to that formula. Her novels are pretty quick reads, and perfect if you’re sitting at an airport and need to kill some time before a flight. There aren’t a lot of surprises in the novel, and there’s a comfort in it’s predictability. You know that you can expect good writing and a good ending with Gerri Hill, which is the appeal of picking up her books. At least, it is for me.

Here’s the good, the bad, and the ugly with this novel:

The Good – This is almost like the lesbian version of Nicholas Spark’s The Notebook, but the story starts in childhood, ends in (early-ish) adulthood, and no one dies together while holding hands. There’s a clear distinction between what happens in the past and what happens in the present, so there’s no confusion for its readers. It skips back and forth until about a third into the book, then it continues on in the present. The storyline of At Seventeen is really its strong point, and the buildup of the romance between Madison and Shannon is very nicely done.

The Bad – The characters were a bit one-dimensional. Characterizations bring a depth to the story and because of it’s absence in At Seventeen, it left me wanting just a little more. Some of the characters’ actions, especially Shannon’s friends, were confusing. Even when there was some clarification in the end, it wasn’t very satisfying.

The Ugly – There’s a kid in the story. I have no gripes about a kid being in any story, but his presence doesn’t add very much to it. And I get it, you could justify that his existence helps reinforce the message that things happen for a reason, but I felt like he was moved around like a Monopoly piece.  It was almost too easy to roll the dice and move him down the board when they needed him to disappear.

It wasn’t my favorite from Gerri Hill, but I enjoyed the novel and it provided a nice little escape for a few hours.

CHEERS!
This book would be best read with a….

Pour the Southern Comfort in a champagne glass.  Add a dash of bitters, then top off with the champagne.  Garnish with a twisted lemon peel.

One thought on “Gerri Hill – At Seventeen”